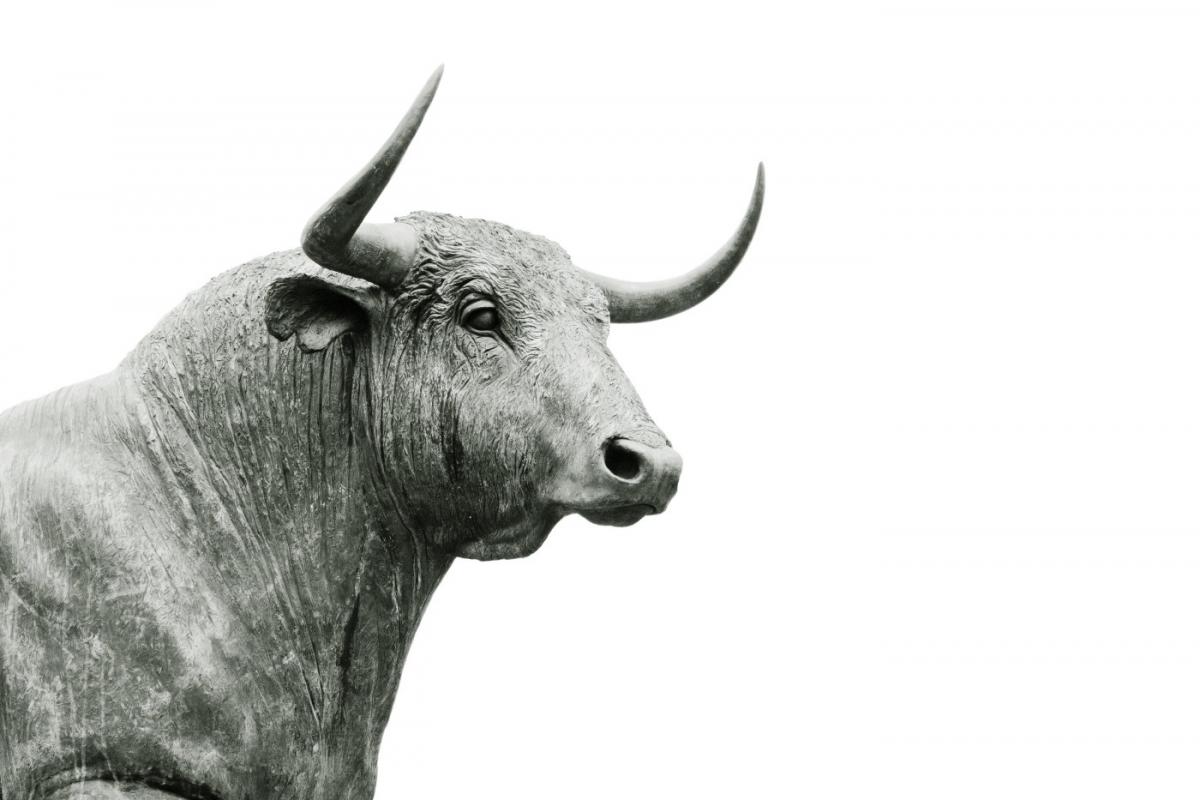 Now, there isn’t a formal qualification for what defines a bull market and there are several different definitions depending on who you ask. One commonly accepted definition of a bull market is when stocks rise 20% or more following a previous 20% or more decline and then followed by another 20% decline. We don’t have to go too far back to see this in action. Here’s a look at the S&P 500 from the early 2000s to the beginning of the financial crisis. As you can see in the chart, a bull market in stocks began in 2003, after the dot-com crash bottomed out, and the S&P nearly doubled in the years that followed, until the financial crisis where the market fell sharply in late 2008 and early 2009. We’ve been in a bull market since the S&P is up over 300% since the lows of the Great Recession. We can say at this point that we’ve been in a bull market for the past decade, but we don’t know the full extent of it because the dates of a bull market can only be known in retrospect. Ditto for the bull market’s counterpart, the bear market. Take everything I just said in reverse and you have the details of a bear market. It’s a period when the market, in our case the stock market, is down 20% or more. The main takeaway is that bull markets are generally times of prosperity and growth and bull markets tend to happen during periods when the economy is strong or strengthening and the core economic metrics, like, GDP growth and company profits will be strong, while other metrics like unemployment will tend to trend lower. One of the best non-numerical indicators is consumer and investor confidence. During a bull market there’s a strong overall demand for stocks and the general tone of market commentary tends to be positive.

Now on the flipside, bear markets are marked by negativity and pessimism and these are generally periods where companies are cutting back, possibly closing locations or laying off workers. As those dominoes start to fall, unemployment can rise, growth can slow or even turn negative and investor and consumer confidence can start to wane. As people start to worry about that short-term outlook, they may sell investments, hoping to avoid losing money or more money, and this behavior can become widespread causing stock prices to plummet.

Now, you might be wondering what to bears and bulls have to do with stock prices? The term bear market is named for the manner in which a bear tends to attack. A bear will usually swipe its paws in a downward motion on its prey, and for that reason a decline in stock prices is a bear market. Similarly, the term bull market is derived from the way a bull attacks its prey. Because bulls tend to charge with their horns thrusting upward in the air, periods of rising stock prices are called bull markets. Unfortunately for investors, bull market periods that last too long can give way to bear markets, and that makes sense, good times generally aren’t sustainable indefinitely. Some bull markets end because of large economic issues, some irrational exuberance or some due to bad actors and other factors. The point is, all bull markets do end at some point. Likewise, at some point during a bear market, investors will eventually become enticed by the low stock prices and begin reinvesting in the market. As trading activity increases and investor confidence begins to grow, a bear market can eventually transition into a bull market. Based on the history lesson from before and what you may already know about the stock market, you might realize that bull and bear markets are somewhat part of the natural economic flow of things. If you take a long-term historical look, you’ll realize that bull and bear markets are an unavoidable part of how the stock market operates. As we’re recording this video right now, we are deep in a bull market and we will inevitably flip to a bear market at some point soon, it’s a matter of when, not if. Now, all that may sound concerning, but it doesn’t have to be if you have the right mindset. Investment firm Invesco, ran the numbers and from 1957 to 2018, there were ten bull markets and ten bear markets. During that period, the average bull market lasted 55 months and gained over ma 150%, and the average bear market lasted just under a year and lost around 34%. The takeaway here is that major market drops tend to happen quickly and their dips pale in comparison to the steady march of economic growth and the longer bull markets that accompany it.