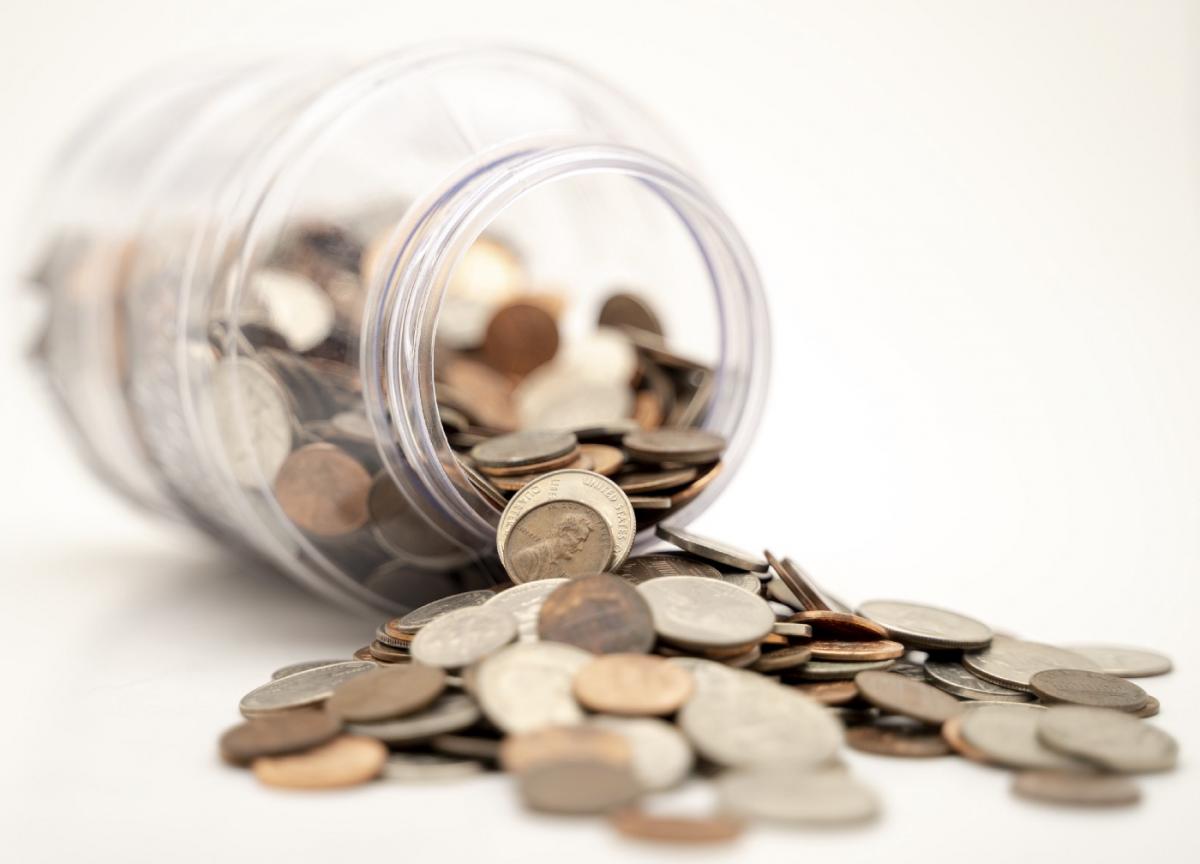 There are two primary ways to generate earned income and they are active income and passive income. Active income is any income that is generated through the use of your own labor and usually requires you to trade a certain amount of time for money at a job. Passive income is any income that is generated through the use of systems that work for you even if you may not be doing much to maintain them at the time. Active income is usually the first, and sometimes the only, way that we think of making money. It is certainly the most common way to make money, and many would argue that it is also the easiest way to make money. But which one is better? There are certainly good points made on each side of this debate so let’s talk about it. As you can no doubt tell by the title, today, we are going to be going over the passive income vs active income debate.

The main draw to passive income is that once it is running you are able to generate some sort of cash flow every month whether you’re showing up for work or relaxing on a beach somewhere. However, despite sounding like passive income is far and away the superior form of income, there are actually some genuine advantages that active income has that passive income,usually, doesn’t. The first advantage of active income is that it can often be generated immediately. Unlike passive income, which usually takes time or money (sometimes both) to get the system set up and running properly in order to start generating a reliable and sustainable income stream, active income can be earned pretty much right away. There are always people looking for help with things either because they’re busy, or they don’t like doing it, or they are a business owner trying to expand their business. Another advantage to active income is that it usually is larger than what your passive income would be to start with. Again, in order to make a reliable and sustainable passive income stream, you’re usually going to have to spend a good chunk of time creating your product or service and researching how to make it profitable as well as learning how to properly market it to the right audience. Depending on what type of product or service you are looking at selling this could take anywhere from a month or two to a year or more! Depending on the state of the economy, your qualifications, and the type of active income it is your pursuing you could be earning a couple thousand dollars a month or more within a week or two. A third advantage to active income that is usually mentioned by many people is that it is easier to make than passive income. And while that may be true on a small scale, for instance, it doesn’t take too much training or education to flip burgers at a local fast food place, we would argue that it is only true up to a certain point. we would argue that going for higher-end jobs, like a doctor, lawyer, accountant, or even some type of management position is actually harder to achieve than a comparable level of passive income. This is largely because of the time, educational, and testing requirements that professionals need to meet before landing the jobs that they are going for, and the experience levels that are often required for higher-end management positions. We believe that it is actually possible, and depending on your work ethic and skill set maybe even easier, to earn a comparable amount of income passively as, say, an accountant makes actively.

First, let’s talk about the advantages of passive income that active income usually doesn’t have:

The first advantage to passive income is that, once you properly set up your system and get it going, it often takes less working time to generate the same level of income that you would make with an active income stream. One misconception that some people have when it comes to passive income is that you don’t need to work for the money. That you can live what’s called the “laptop lifestyle,” go sit on a beach somewhere and watch the money roll in and while that dream has some truth to it, it is a bit misleading. As I said earlier, in order to earn a reliable and sustainable income passively you’re going to have to do a good amount of research and work up front to get the system going in the first place.

A second advantage that passive income has is that it is incredibly good at helping you escape the rat race. As a matter of fact, I’d argue that it is almost always mandatory. The reality is that, if we live long enough, eventually we will all reach a point where earning active income just isn’t feasible anymore, but we’ll still need some money in order to survive. And if we can’t work and earn that money actively than passive income, either through a side-hustle, business, or our investments, is likely our best solution.

A third advantage that passive income possesses is that it, in comparison to active income, is incredibly scalable, and as a result, can help you to achieve financial independence much faster than you could with just active income. This is basically the entire idea behind the book, “The Millionaire Fast lane.” The fact of the matter is that we all only have 24 hours in a day to get everything we need to get done, done. So, if we’re getting paid by the hour, or paid a certain amount of salary each year,there’s going to be a cap on how much money we can make actively. Passive income, though, works a bit differently in this regard and the effects that these differences can have on your financial future (and present for that matter) are extraordinary. A great example to show how this works would be starting your own YouTube channel and generating a passive income stream by letting ads run on your videos. Let’s say that Jane earns $20 an hour at her job. She’s 40 years old and wants to become financially independent by the time she is 55, but she has no savings put away yet because she spent her early years paying off her student loans,mortgage, and other debts. She currently spends $40,000 a year and wants to maintain that standard of living in retirement and thus her goal for achieving financial independence is $1,000,000 following the 4%rule. It also means that she’s currently saving $1,600 a year or about $133 a month.

Let’s also say that Jane’s been working on a YouTube channel that teaches people howto train pets and, on average, every new video Jane uploads to her YouTube channel earns her $1 per day. She currently has 20 videos uploaded on her channel and is making $20 per day. Each new video takes her a full day’s work to produce, but she hasn’t made any new videos in a while due to her workload. Jane has a few routes that she could take in order to achieve financial independence. She could either pick up more hours at her day job, cut her expenses and invest more, devote more time to her YouTube channel, or some combination of the three. If she takes the first route and picks up more hours at her job, she is certainly going to earn more money, but since there are only so many hours in the day, she is going to be limited in how much she can earn from this strategy. She’s also going to run the risk of running herself into the ground from overwork. But it is still an option, so how could this work out for her? Let’s say that Jane worked a solid 10 hours a week of overtime for the 50 weeks a year that she works, kept her spending the same, and invested that money she made from the extra hours. She would be making an extra $300 a week thanks to her working overtime which translates to $15,000 a year for her to invest in addition to the $1,600 a year she was already investing. Assuming an 8% average rate of return over the long haul, Jane would hit her $1,000,000 goal in about 23 years when she is 63. That’s still technically an early retirement, but it isn’t the early retirement that she was hoping for. But what if Jane also cut back her spending? Say, if, instead of spending $40,000 a year she only spent $30,000 a year and invested the difference in addition to working the overtime, maybe because she’s working so much more she doesn’t have the time to go out and do as much so she spends less. Since she wants to maintain the $40,000 a year standard of living when she does retire,her financial independence goal remains $1,000,000, but instead of spending 23 years investing $16,600 a year in order to get there she now achieves it in 18 years at the age of 58,by investing $26,600 a year. That’s better, but it is still not quite as good as we want. What if, instead of working the overtime or cutting the spending, Jane decided to devote more time to her YouTube channel? As I said, she hasn’t uploaded in a while due to her workload, so she would likely have to cut her hours down a bit in order to produce videos. Say if she went down to working 4 days a week so that she would have enough time in her schedule to produce 1 video each week. This would mean that she’s now only making $33,280 a year from her job and needs her YouTube channel to produce $6,720 a year, or about $18.41 a day to cover her expenses. But one new video each week, earning an average of $1 per day, is an additional $52 per day in income over the course of a year. $52 per day, 365 days a year, is nearly $19,000 a year in additional income.

Jane was already making $20 per day from her older videos, so after one’s years’ worth of uploads, Jane would be pulling in $72 per day or $26,280 a year from her side hustle .After two years she’d be making $124 per day or $45,260 a year, which is actually more than she’s making working 40 hours a week at her day job and it’s also enough for her to fully cover her expenses. So if this YouTube thing holds up and she could maintain her $40,000 a year lifestyle, she’d actually be financially independent right then and there, but she doesn’t want to retire and leave her financial fate up to just her YouTube channel so she’ll keep investing until she hits that $1,000,000 net worth goal. Assuming Jane kept uploading videos every week and invested all of the money she earned from YouTube after covering expenses, Jane would be financially independent in less than 10 years at the age of 50!

That’s the power of passive income and scalability.